Were it not for my determination to make a recipe using every letter of the alphabet this month, I am quite certain I would never have made Chicken Xacuti.

And I’d really be missing something.

Xacuti (pronounced shakuti) is a dish from the Indian state of Goa. Goan food is typically heavy on the chili peppers and spices; dishes made with fish and coconut are also popular. Sounds like my kind of place. Xacuti is often made with fish, as well as with chicken and other meats; it can also be prepared as a vegetarian dish.

I know it looks a little complicated, but don’t be put off by the long list of ingredients. It doesn’t take that long to make. I’ve been working up to owning all the spices necessary to make Indian dishes like this for a while, but I still didn’t have everything. You could probably get away with omitting one or two of the spices, but do try to use them all, as it’s totally worth it for the amazingly exotic flavor in the dish.

I added some vegetables (cauliflower and pumpkin) that might not typically be included in Xacuti, but I used them because I had them around. The first time I made this I was afraid to use as many chilies as the recipe calls for, but I regretted not using more in the end. So I suggest using them and I found that if you use more chilies, the sauce will be much redder, the traditional color of Xacuti.

It’s supposed to be a very spicy dish, but you can make it less so like I did, if you don’t enjoy super spicy food.

Though I didn’t have any at serving time, I think some chopped fresh cilantro would be perfect over the xacuti. Serve with white or brown basmati rice; some naan bread is also great for sopping up the delicious sauce.

Xacuti is a dish from the Indian state of Goa. It's a spicy main course that's often made with fish, as well as with chicken and other meats. It can also be prepared as a vegetarian dish.
Prep Time20 mins
Cook Time35 mins
Total Time55 mins
Course: Main Course
Cuisine: Indian

For the Spice Paste

This recipe was originally published in October 2009. 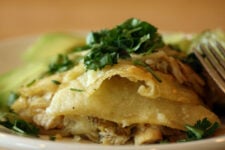 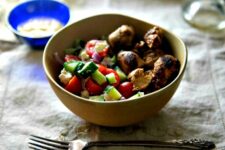 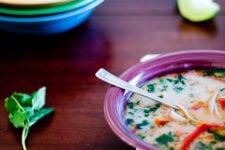 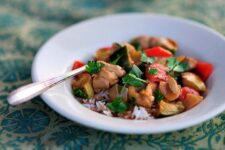 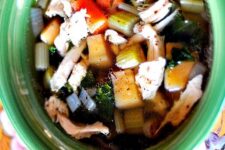 Chicken Soup with Rutabaga and Greens 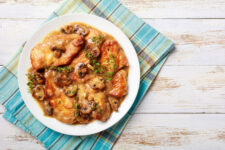