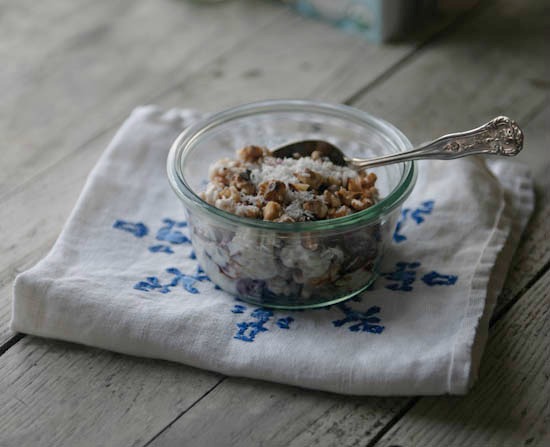 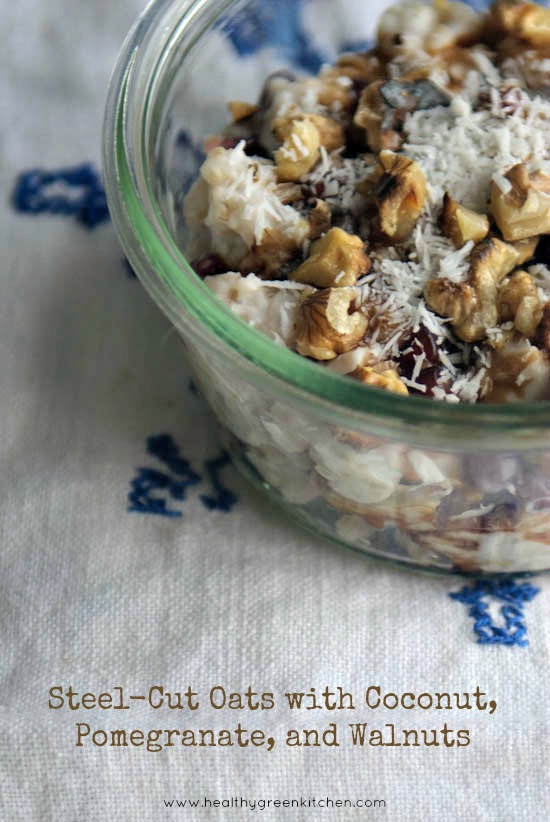 Pacific Foods makes a variety of non-dairy beverages and they recently sent me some of their new organic coconut milks.

I’ve only ever purchased coconut milk in cans before, and I use those cans for soups and other recipes where I am looking for a creamy product with really distinct coconut taste. Pacific’s coconut milk is entirely different. It tastes light, mildly sweet (it’s sweetened with coconut water only), and quite hydrating/refreshing. It contains notable amounts of vitamin b12, vitamin D, and potassium, as well. 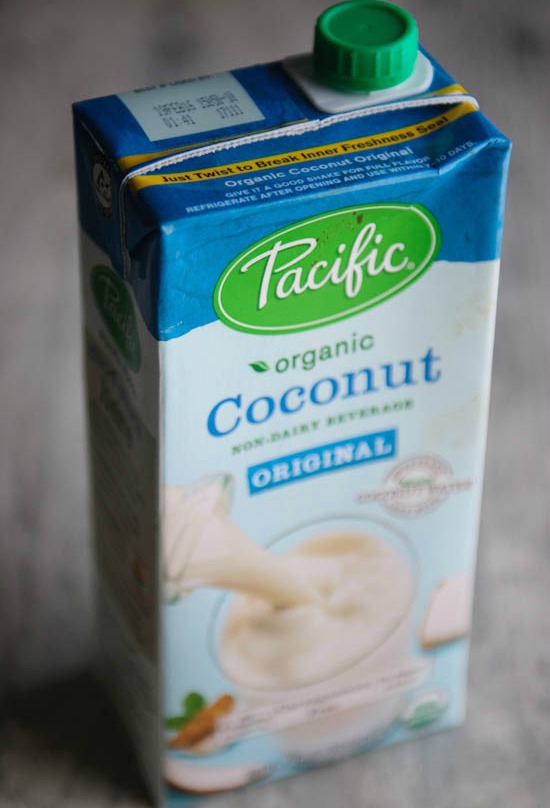 I’ve been playing around with different oatmeal recipes lately, and decided to try cooking my steel-cut oats in Pacific’s Original Coconut Milk instead of water or regular milk. I like how the coconut milk imparted a subtle sweetness to the cooked oatmeal. I portioned out the steel-cut oats cooked with coconut milk and added pomegranate seeds, toasted walnuts, plain yogurt, and a little unsweetened coconut as a garnish, then drizzled some pomegranate molasses on top to finish. So good!