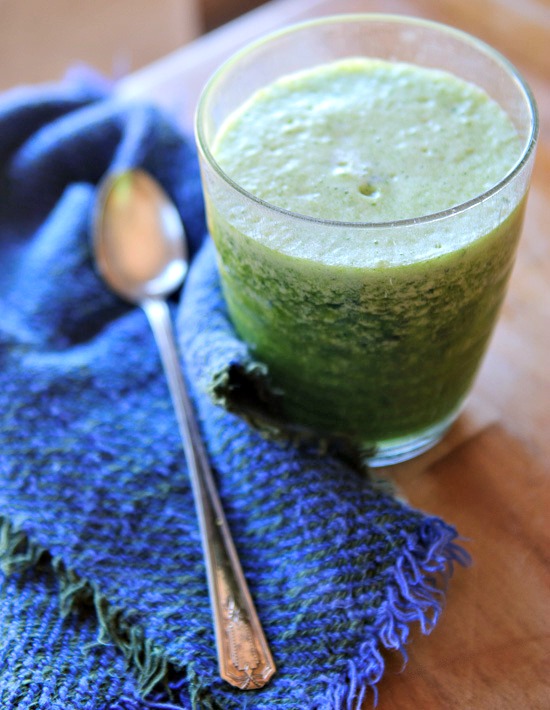 I was a pretty early adopter of the green smoothie, but I burned out on them a while back. I was really excited about trying the Citrusy Green Smoothie on page 20 of the new book Brassicas: Cooking the World’s Healthiest Vegetables: Kale, Cauliflower, Broccoli, Brussels Sprouts and More

, though. It looked different from any green smoothie I’ve had before… 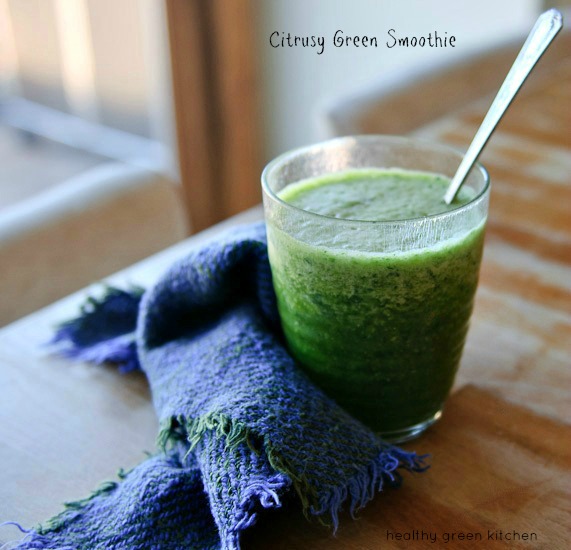 I’ve now made this smoothie a few times and I really love it: the fresh orange juice and the pineapple combine with the greens to make a very delicious drink. The other thing I like about this smoothie is that it has some coconut oil in it. If you are going to drink green smoothies, I always advise adding some fat because fat helps your body to assimilate the calcium in the greens. Coconut oil is a good source of healthy fat, and makes a tasty addition here.

Though I haven’t yet had a chance to make more of the recipes from Brassicas, I am very much looking forward to doing so. 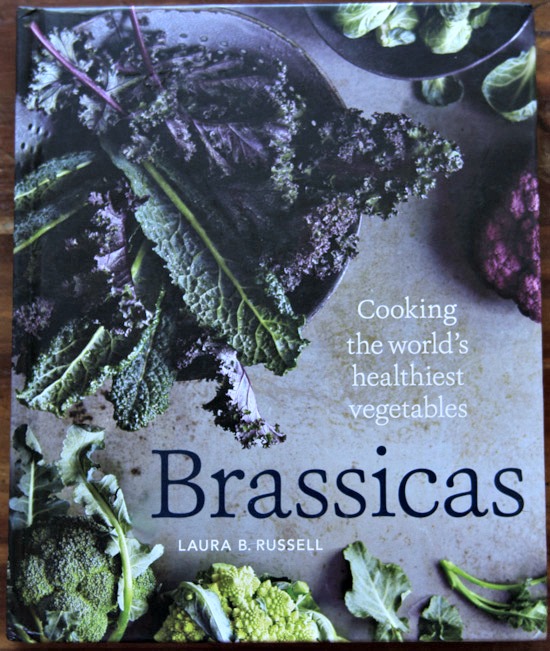 Author Laura B. Russell does a really nice job of focusing on both the nutritional benefits of these veggies and the cooking methods that allow them to shine. There are chapters on Kale, Cauliflower, Brussels Sprouts and Cabbage, Broccoli, Leafy Brassicas, Asian Brassicas, and Root Brassicas and Kohlrabi; the photographs by Sang An are really beautiful.

Also of note: the book addresses the potential downside of consuming too many brassicas raw (there is a concern that doing so can interfere with thyroid function). The upshot (which I discuss in my book

, as well): don’t eat loads of uncooked brassicas. This means it’s best not to go overboard with the green smoothies, especially if you have a thyroid problem (honestly: I don’t think it’s a good plan to go overboard with any food, no matter how healthy it’s supposed to be!). There’s nothing to worry about as far as cooked brassicas go, though. So eat those cooked greens, etc. to your heart’s delight. 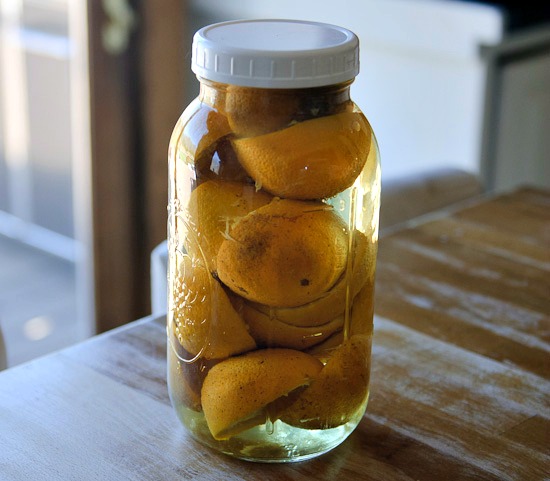 Happy Earth Day! It was gorgeous here in my neck of the woods today…I hope the same was true for you.

I have been interested in environmental issues for many, many years and the reason I called my site Healthy Green Kitchen is because I wanted there to be an focus on green living here. The same is true for my book my book One Simple Change

: a good many of the chapters focus on green living because the book is about improving not just personal health, but planetary health, as well.

To celebrate the day, I want to share an easy recipe for an inexpensive DIY green cleaner; I also want to give a signed copy of One Simple Change to one of you!

It could not be simpler to make this citrus vinegar cleaner, and it’s a great natural alternative to store-bought household cleaning products. Use peels you save from eating oranges, or from using oranges in any recipe (such as this one for Orange Cardamom Curd). You can store the peels in a bag in the refrigerator until you have enough to fill whatever size glass jar you want to use. I used the peels from making fresh orange juice, which I do a few times a week: juicing oranges yield a lot of peels all at once (you can compost the extra ones). You could also make a vinegar cleaner with lemon, lime, or grapefruit peels instead (or use a combination). 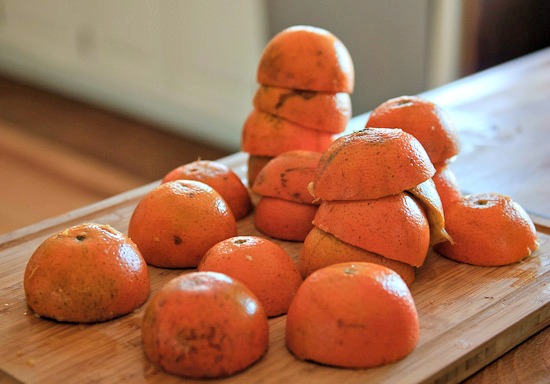 Once you place your peels in your glass jar, cover them with white vinegar. Yes: cheap white vinegar. Vinegar is an all-natural, all-purpose cleaner that works well on many surfaces, including glass and wood, and the oils in the citrus peels boost the cleaning power further! (You can mix this cleaner with a bit of liquid soap for cleaning tiles, if you like.) 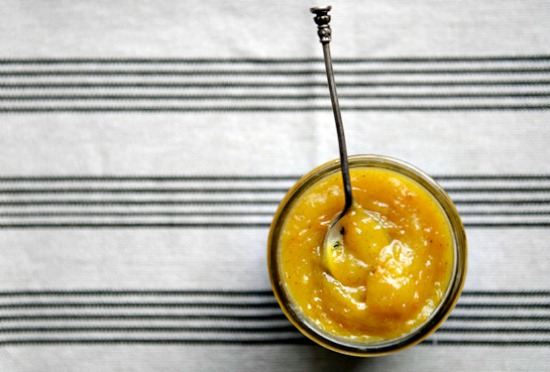 Homemade fruit curds always surprise me. Each creamy spoonful contains so much bright, sweet flavor. Even though I have been making my own fruit curds for some years now, I still think it’s pretty amazing that such simple ingredients can turn into something so special.

in my mailbox a few weeks ago, I immediately checked the index to see if there was a citrus curd recipe inside. The answer was, happily, yes! And the recipe- Orange Cardamom Curd– was so intriguing that I had to make it right away. 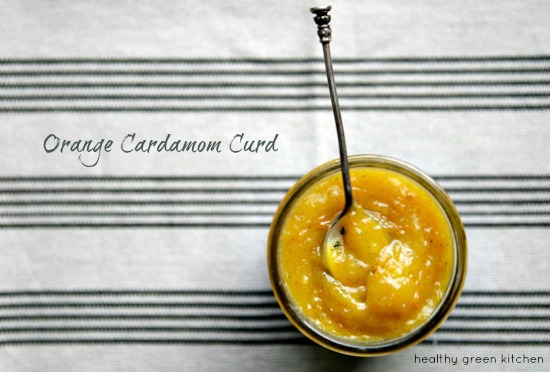 Do you follow Marisa’s blog Food in Jars? If you are interested in food preservation, then you must, must, must check it out. Having met her in the flesh, I can attest to the fact that she is a lovely person; Marisa is also a truly fabulous resource when it comes to canning (Preserving by the Pint is her second book; she is also the author of Food in Jars: Preserving in Small Batches Year-Round

). I really like her small-batch approach. I think it’s wonderful for those new to preserving, but I have to stress that Preserving by the Pint is not just for novices. I, for one, really enjoy making small amounts of preserved foods…I don’t always want to make 6, 9, or 12 jars of something…I don’t always feel like “swimming in preserves”, as Marisa puts it. 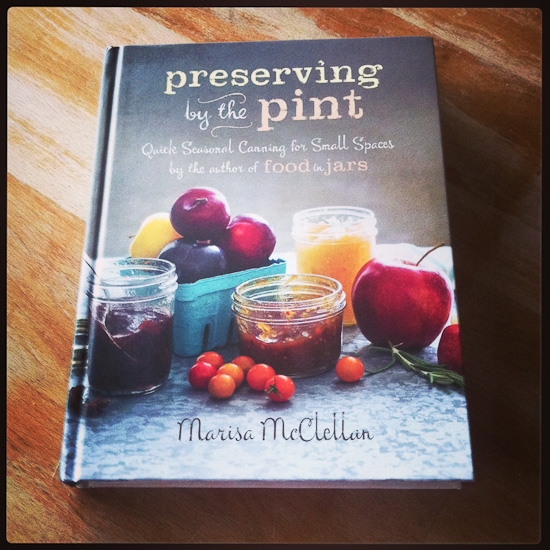 Preserving by the Pint: Quick Seasonal Canning for Small Spaces

contains recipes for so many things you’ll love: from jams to chutneys to pestos and pickles. I plan to use this book a lot and I highly recommend it. 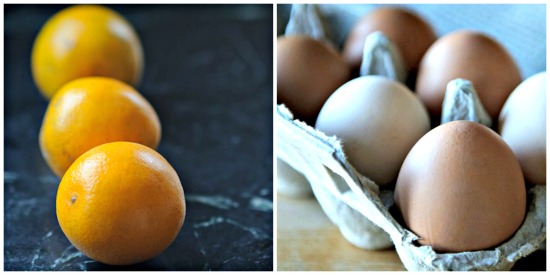 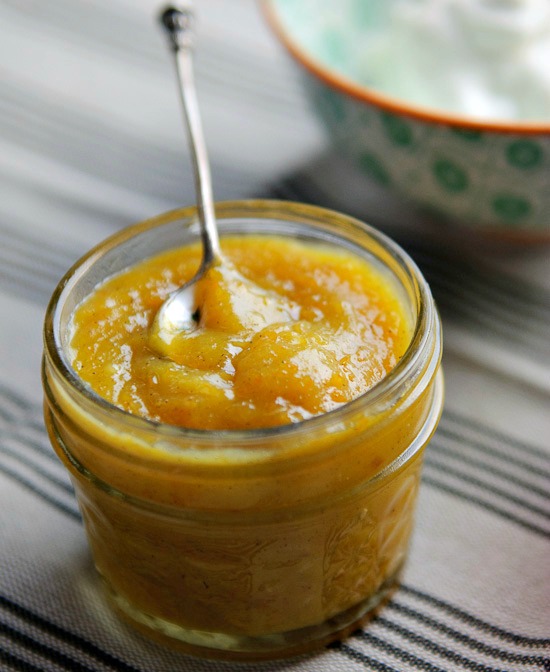 I love this curd swirled into plain yogurt (with some nuts sprinkled on top); I also think it would be great on these orange date oatmeal scones. Marisa mentions using it on whole wheat biscuits…use your imagination! 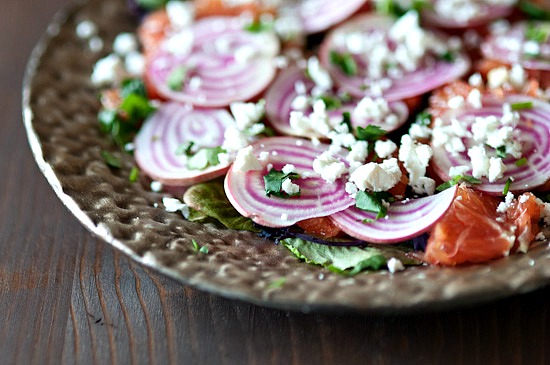 This has been one of the strangest winters I can remember. We’re in the third week of January and I’ve yet to see a single snowflake drop from the sky around here. My kids aren’t exactly thrilled with the situation, but in addition to not having to shovel and navigate treacherous roads, a benefit of … Read more 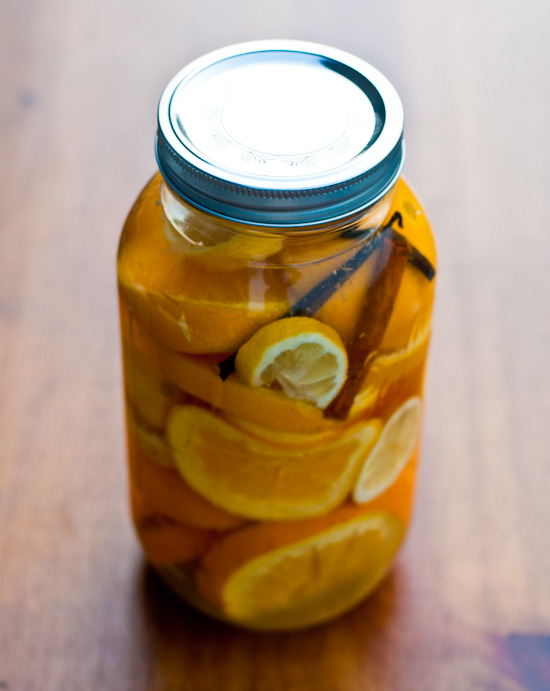 This is a Sponsored post written by me on behalf of Sunkist for SocialSpark. All opinions are 100% mine. The peak season for many types of oranges (including navels and Moro/blood oranges) is in the winter, but I recently learned that Valencias are a variety that grow throughout the summer. When I realized Valencias are … Read more