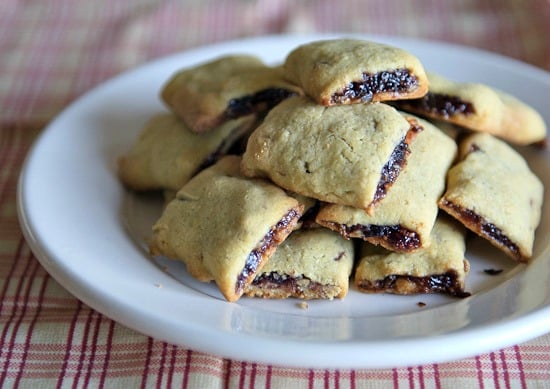 I mentioned the possibility of homemade fig newtons on my facebook page the other day and everyone went a little gaga over the idea. I was a little surprised, to be honest. 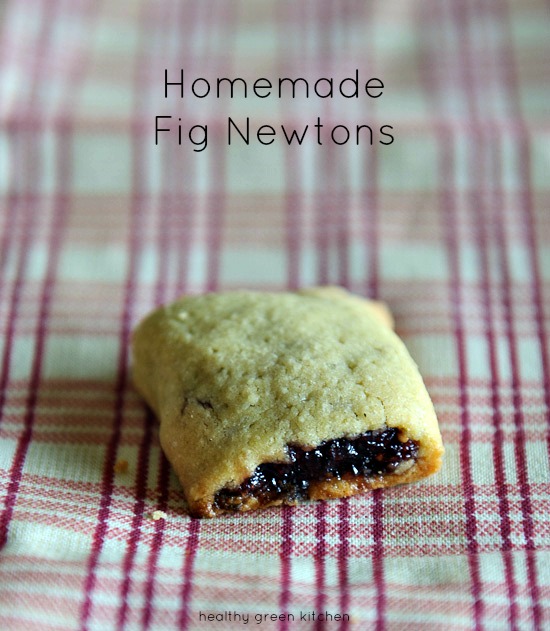 I figured nobody really liked fig newtons, you see. When I was a kid, they were the cookie you got in your lunchbox because your parents didn’t want you to eat way-more-yummy-but-not-as-healthy chocolate chip cookies, right? Well, turns out fig newtons didn’t need my sympathies. Plenty of people really do like them after all.

I looked at a bunch of homemade fig bars on various blogs. They were all made with dried figs because actual fig newtons have a dried fig filling. I hope you don’t mind but I made an executive decision to use fresh figs in my filling since I wasn’t hung up on recreating an authentic “newton experience”. I just wanted some great fig bars. 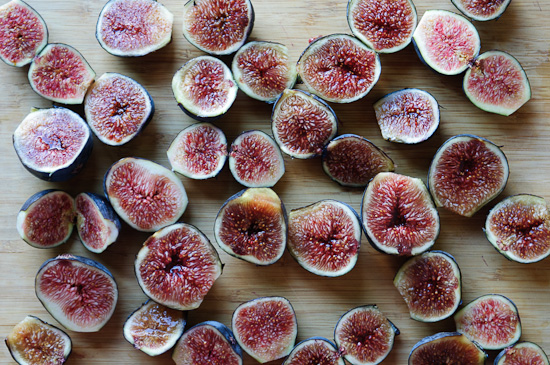 The fig jam on its own is simple to make, and pretty freaking fabulous. If these cookies do not appeal to you, you can just make the jam and use it how you like! I actually made a double batch of the jam a few weeks before I made the cookies, and I’ve been loving it. If you make the recipe as written below, you should have enough for the cookies, plus a little extra.

. I am a big fan of this flour for baking: it makes delicious treats and I feel really good about using it because it is nutrient dense, has not been hybridized like modern wheat, and contains less gluten. Feel free to use unbleached, all-purpose flour instead, if you like.

A couple of notes about the method for making these cookies:

– You’ll want the dough to chill in the refrigerator before you roll it out. If you don’t refrigerate it, it will be too soft and you’ll end up with a mess. On the other hand, you don’t want it to be too stiff because then it may “break” when you work with it…one hour should be enough time for chilling. 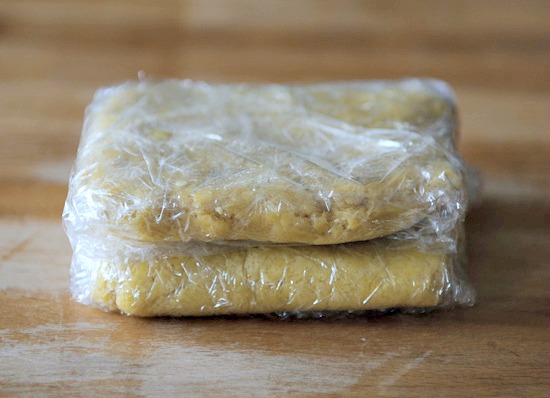 – I added quite a bit of extra flour while I was rolling out the dough because I did find it to be a pretty sticky. Flour is your friend: make sure to use it on the rolling pin, too. You may have an easier time rolling the dough between two sheets of parchment, but I didn’t. I did keep a piece of parchment under the dough while I was rolling it, but I flipped the dough and added more flour a few times as I was rolling so that the dough wouldn’t stick. If you have a plastic dough scraper, it will probably come in handy. If your dough end ups sticking/tearing, don’t worry- just patch it up with a little scrap of extra dough trimmed off from the edge. You don’t want the dough too think, but you don’t want it too thin, either (1/8 inch thick is just about right). 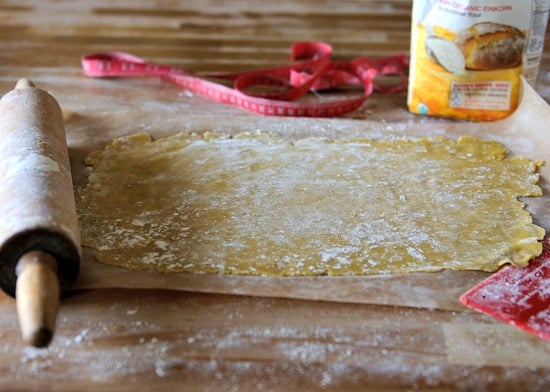 – Watch out for adding more filling than your dough can accommodate. The dough is pretty sturdy but you don’t want the jam to bust out during baking…the amount of jam I added down the center of each strip of dough was perfect. 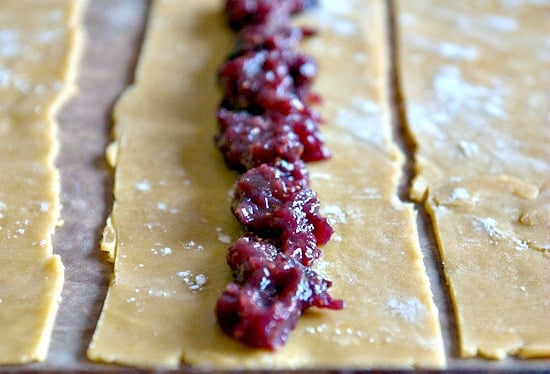 – You will want to use your fingers to gently seal the edges of the dough together after you add the jam. If you don’t seal the dough well enough, the jam will ooze out. 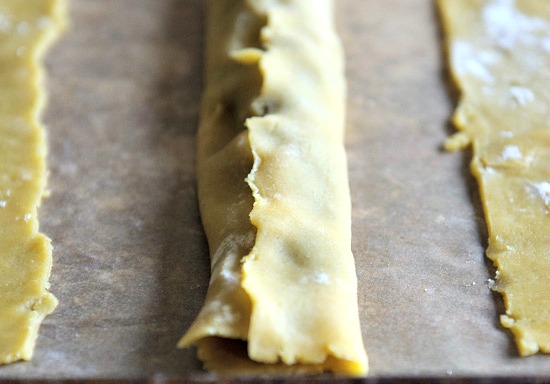 – You will want to roll the dough over so the seam is on the bottom before you slice these into bars. This will help to keep the jam in place. 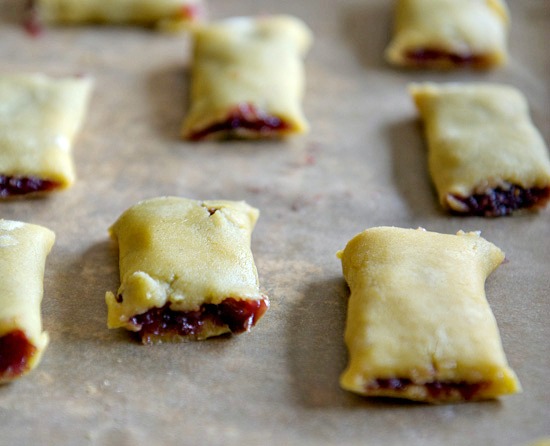 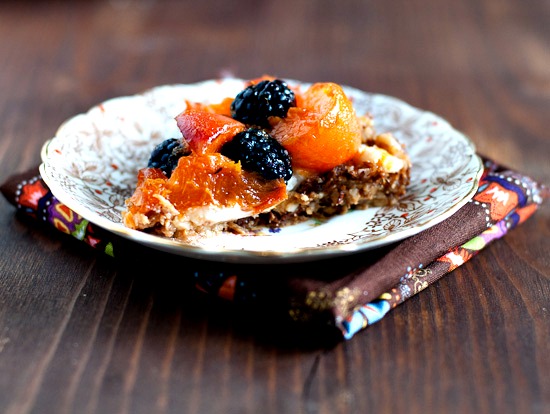 When I first heard about Pie Day, I was stumped about what to “bring” to the virtual party. Because I’d just posted these cupcakes, I decided to go in a somewhat non-typical (and fairly virtuous) direction for my pie. I’m calling it virtuous because it’s a vegan pie that’s made with (almost) all raw ingredients. … Read more 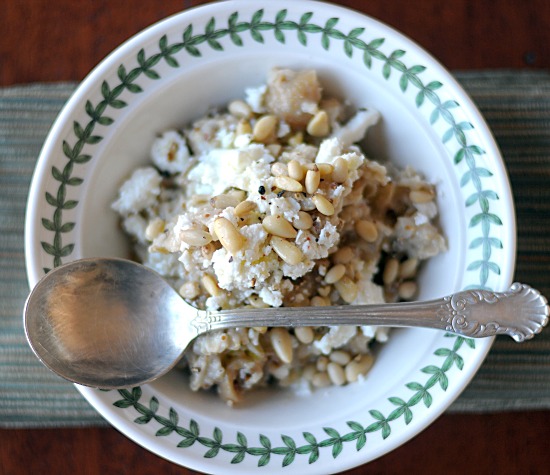 I’ve eaten plenty of oatmeal in my day. Until very recently, I couldn’t imagine there was a tastier way to enjoy it than with a nice pat of organic butter and some brown sugar. You know how the butter melts in and mixes with the slightly chunky brown sugar? And how it transforms the virtuous … Read more

Kumquats are a citrus fruit available in the winter months. They look like an orange, only they are much smaller and they are oval-shaped. Like other citrus fruits, they are quite high in vitamin C. Kumquats are pretty sour, but their edible peel is sweet. Kumquats are not easy to find where I live; when … Read more 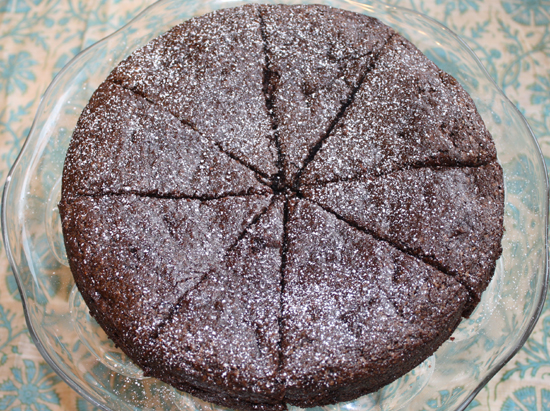 When I decided to make olive oil cake, it had nothing to do with not wanting to use butter. Far from it…I am a big fan of butter (particularly butter that’s organic from grass-fed cows) and that’s not changing anytime soon. It’s just that I’ve been seeing olive oil cakes all over the blogosphere lately, … Read more