I grew all sorts of heirloom tomatoes this summer. 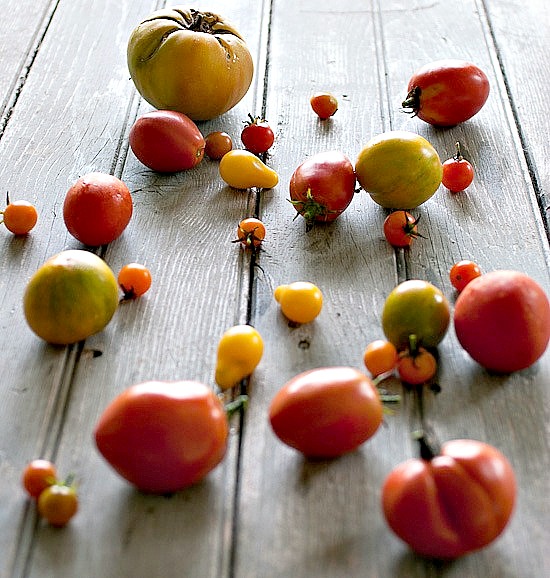 Some were sliced, sprinkled with salt, then gobbled: leaving nothing but a juicy, seedy trail behind.

But I’d say most of my tomatoes were eaten in salads, and this Southeast Asian one from Melissa Clark was one of my favorites. 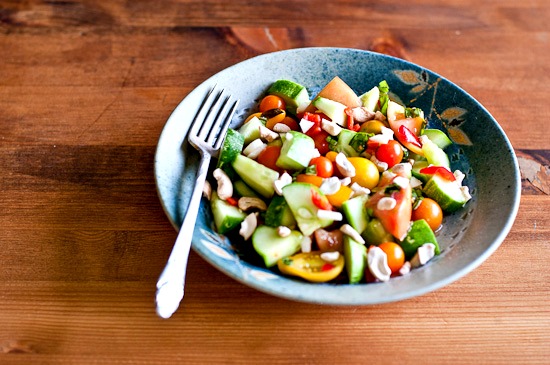 I love it because it’s a departure from the more typical ways I use raw tomatoes. I adore a good caprese and all, but after a while I crave something new.

I added chopped cucumber and minced hot red pepper, which were also from my garden, and I played with Melissa’s tasty dressing just a tad. Then I finished it up with a sprinkling of chopped cashews, which gave it a little more sweetness and crunch. I like Melissa’s suggestion to double the dressing and add rice noodles…I will try that next…I also think cooked tofu, fish or chicken would be great in here, and would turn this into a complete meal. 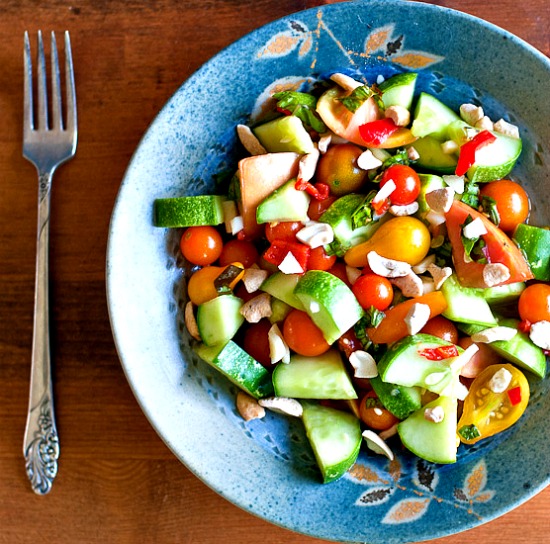 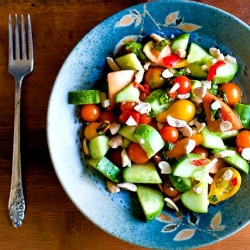 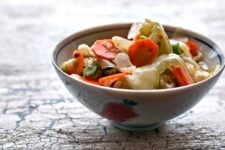 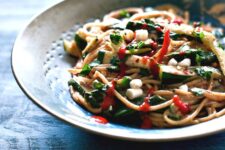 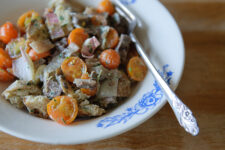