It’s Week 4 of The Nourished Kitchen’s Preservation challenge and Jenny asked us to use the “time-honored tradition” of preserving summer’s bounty in alcohol.

Preserving in alcohol works very well with fruit, and I’ve successfully used this technique before. One of my favorite recipes for doing so is Nigella Lawson’s Figs in Rum Syrup, a simple yet spectacular recipe that is found in her book How to Be a Domestic Goddess: Baking and the Art of Comfort Cooking

This time I decided to use a similar method, but with a different fruit (I chose local nectarines). 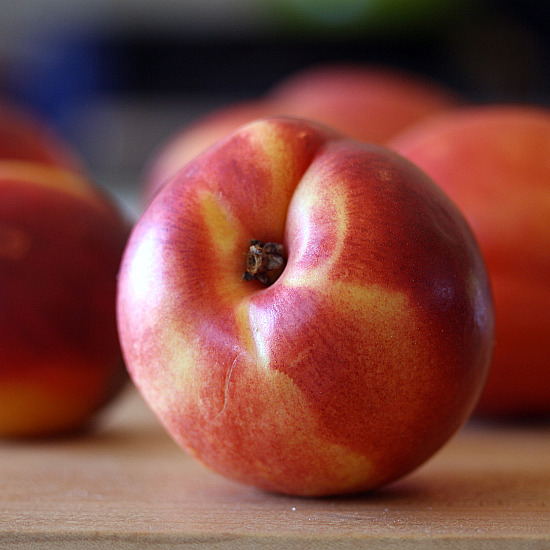 In addition, I adapted this recipe by substituting honey for the sugar (and by cutting the amount of sweetener down), as well as by adding some warming spices to the syrup.

A jar (or jars) of “boozy fruit” like this is perfect to stash away in your cupboard. Just think: a couple of months from now, you can open it up and savor a bit of summer’s deliciousness. These will be great on their own (but better with Greek yogurt or homemade whipped cream or vanilla ice cream); I can also see spooning these into a tart shell (perhaps over a layer of custard or mascarpone cheese)…

This method would also work with other stone fruits such as apricots, peaches and plums. If you don’t have rum, you can try it with brandy or vodka. 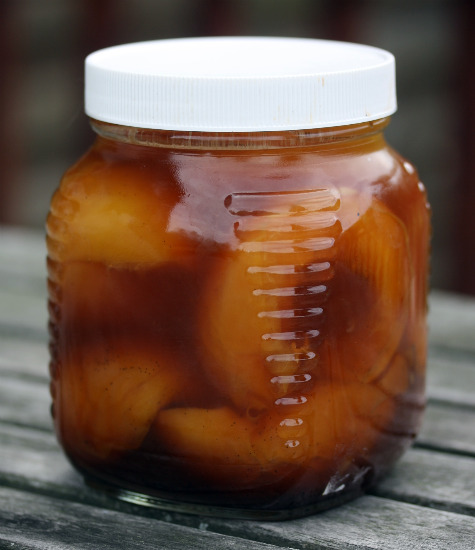 This post is linked to Slightly Indulgent Tuesdays, Two for Tuesdays, and Tuesday Twister.

Nectarines in Rum Syrup with Spices 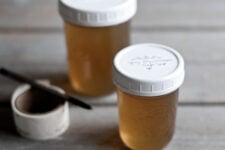 Spiced Muesli with Raisins and Cashews 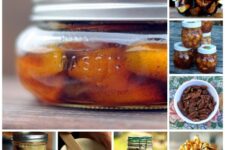 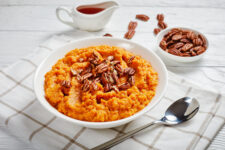 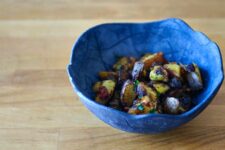 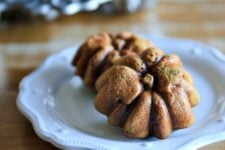