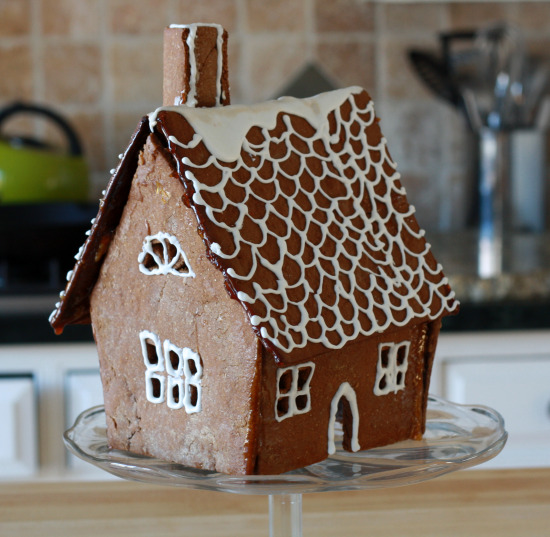 The December 2009 Daring Bakers’ challenge was brought to you by Anna of Very Small Anna and Y of Lemonpi. They chose to challenge Daring Bakers’ everywhere to bake and assemble a gingerbread house from scratch. They chose recipes from Good Housekeeping and from The Great Scandinavian Baking Book as the challenge recipes. 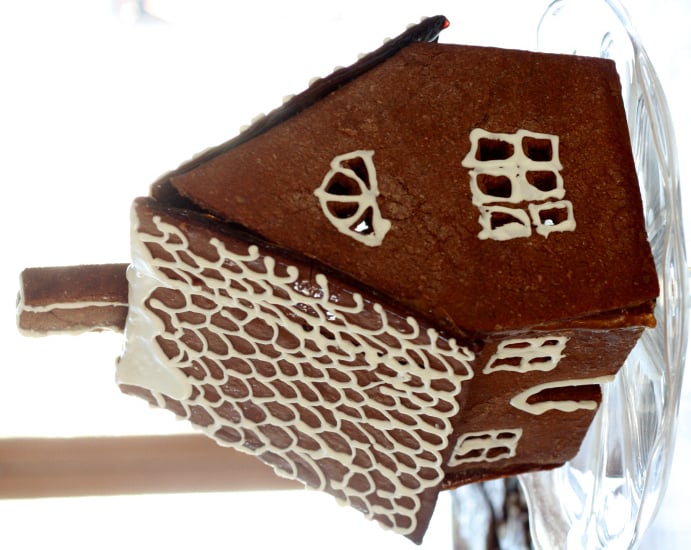 We were challenged to make a house “as big or as small as we’d like”, and it had to meet these requirements:

1. Everything needed to be edible – no glue or inner non-food supports allowed.

2. We had to bake the gingerbread ourself. No graham cracker allowed.

3. We had to use some sort of template.

4. The house had to be able to stand on its own.

Before we go on, I want to stress that if you want to make a gingerbread house from scratch, it’s a great project, but please leave yourself plenty of time. From start to finish, this takes a little while, so pick a day when you don’t have a lot of other stuff going on.

I started by making one of the challenge recipes but found it hard to roll out. I didn’t want to have to struggle with it, so I wrapped it up and put it in the refrigerator and just made a second batch of dough using Martha Stewart’s Honey Gingerbread Cookie Recipe. I found the latter much easier to work with. 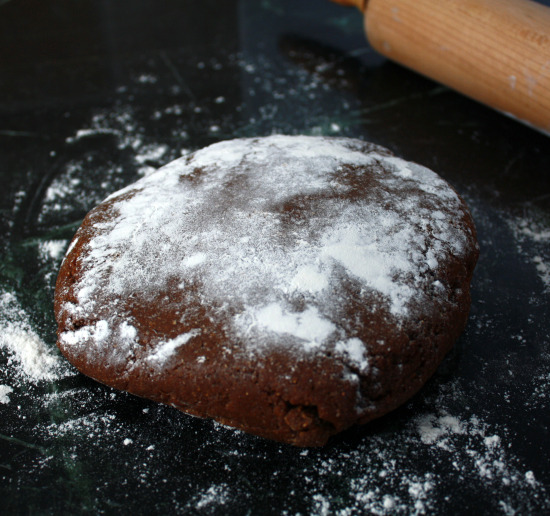 I also turned to Martha for a template; I used her Swedish Gingerbread Cottage Template to make my gingerbread house.

I have never attempted a homemade gingerbread house before. I’ve always been too scared to try, and have opted for the kits. But my general feeling about the kits is that they pretty much stink. My houses always fall apart and I think the actual gingerbread tastes terrible. So I was definitely eager to do this challenge.

Apart from having to make the dough twice, I didn’t have too many problems with this challenge. Rolling out the dough and cutting out the pieces of the template was pretty straightforward… 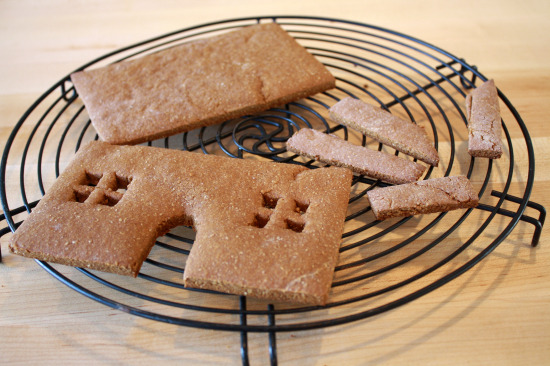 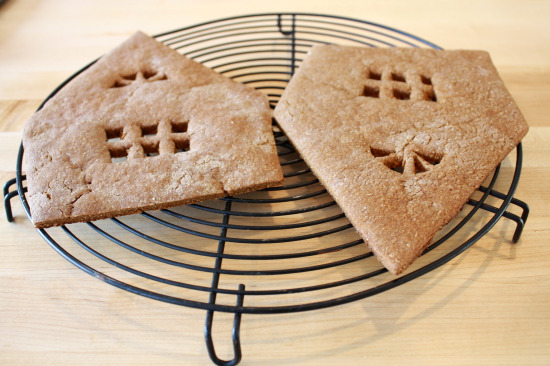 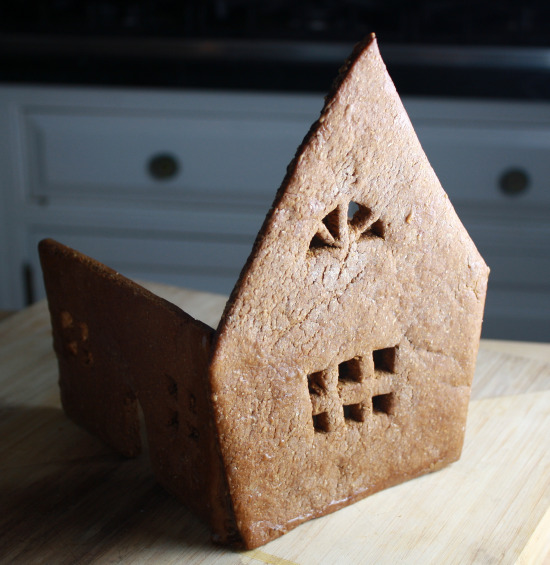 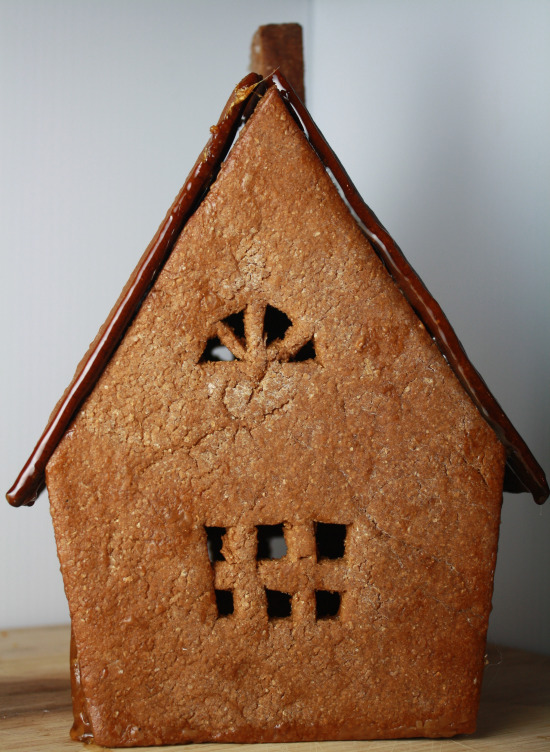 I did end up with one broken roof piece, though. I used additional simple syrup to “glue” it back together and then when I piped out the royal icing, I covered the break as best as I could. Break and all, everyone thought it was pretty cute. 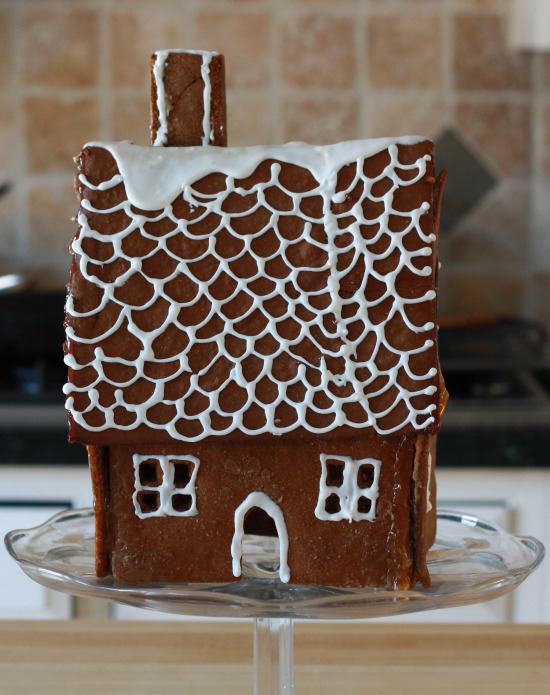 My house was structurally sound while I took all my pictures, but wouldn’t you know it fell down shortly after. The dough was really delicious, though, so most of it was eaten up.

Then I managed to get the original dough workable enough so that we also made a bunch of cookies and ornaments; I let my kids do most of the work this time around. 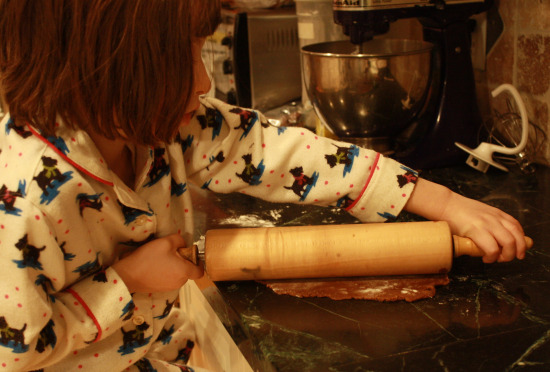 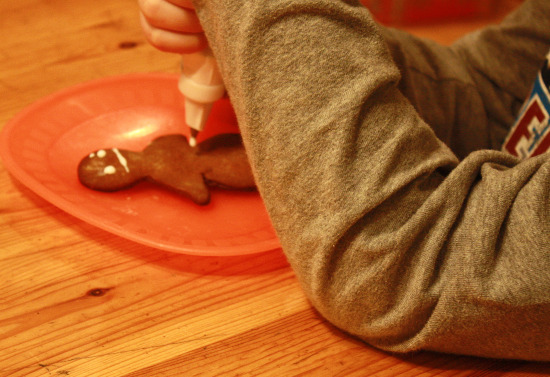 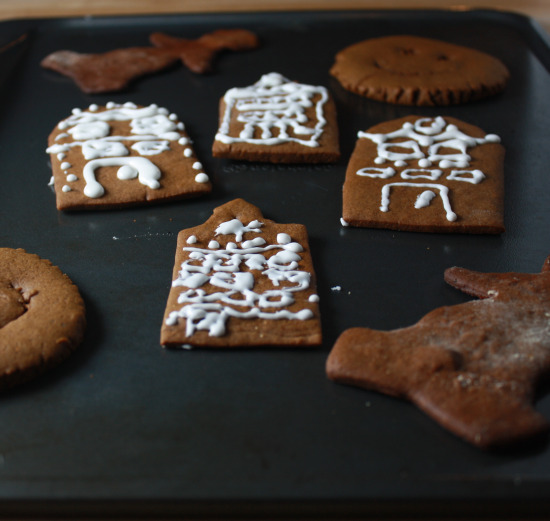 All in all, it was a fun project. Not something I’ll do again right away, but next holiday season? For sure. 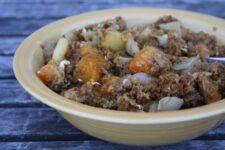 Announcements and a Recipe for Pumpkin Gingerbread Stuffing 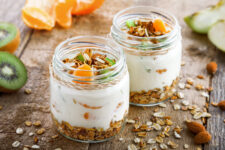 How to Make Yogurt Without a Yogurt Maker 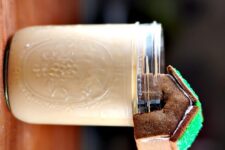