The Jewish holiday Hannukah (The Festival of Lights) begins tomorrow night. Food-wise for me, that means pretty much one thing. Latkes.

Latkes are pancakes made from grated potatoes and onion. They are fried in oil (to symbolize the one day’s worth of oil that miraculously burned for 8 days so many years ago) to crisp deliciousness. While there are many ways to make latkes, one thing is for sure: you want to make sure they don’t turn out soggy by pressing as much water out of the grated potatoes as possible.

While purists will say that there should be no flour or other fillers added to potato pancakes and that they should be fried very thin, I find that adding 2 tablespoons of flour (or matzoh meal or leftover mashed potatoes, if you have them), helps everything stay together nicely (you’ll end up with thicker latkes, though, like the ones in the picture above). The egg acts as a binder, as well, though I’ve made them without eggs and they worked out just fine. If you are looking for even thicker latkes, you can add an additional egg and a bit more flour (or matzoh meal or leftover mashed potatoes).

While you may, of course, grate the potatoes by hand, it is much much easier to use a food processor

. In fact, I initially got my food processor because my family loves latkes so much. It really makes preparing them a snap; so much so that my kids are more likely to ask for and get these than they are regular pancakes on weekend mornings (and now I use the food processor for so many other tasks so I’m so happy I have it).

Once you master traditional potato pancakes, you can branch out and vary them in numerous ways. I’ve added grated apple and different herbs such as chives and parsley; I’ve used shallot and garlic instead of onion; I’ve made sweet potato zucchini latkes with ginger, cilantro, and chilies and I’ve seen recipes featuring parsnips and carrots, as well (Joan Nathan has some great recipes in her book Jewish Cooking in America

Grapeseed oil is my frying oil of choice when it comes to latkes (for sweet potato latkes, I generally use in coconut oil).

Latkes are best when eaten right after they’ve cooked, but if absolutely necessary, you can freeze them and then warm them in a 350°F oven before serving.

Do you have an interesting variation on latkes? I’d love to hear about it! 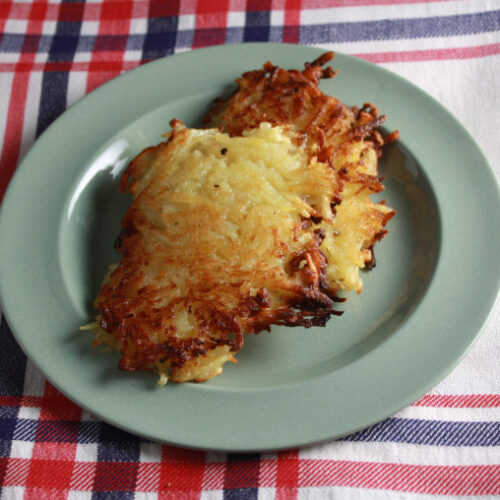 How to Make Potato Latkes 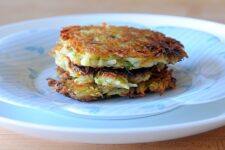 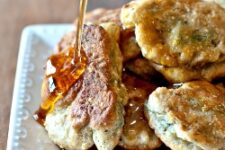 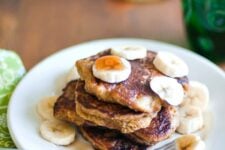 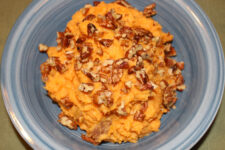 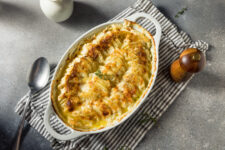