Chocolate is one of the most universally loved and craved foods. I’m a big fan of chocolate and I bet you are, too, so let’s talk about healthy chocolate.

Cocoa beans grow on trees and have been cultivated for thousands of years. Traditionally, most of the trees were in South America, but nowadays, West Africa is also large producer. Long ago, cocoa beans were crushed and made into a drink which was not sweetened, and was often spiced with chilis. This healthy chocolate drink was a favorite of Aztec and Mayan royalty and was said to confer spiritual wisdom as well as vitality. Drinking chocolate was introduced to Europe in the 17th century and became very popular among the upper classes when mixed with sugar or honey.

Modern chocolate is quite a different product, with the cocoa beans going through extensive processing to make the familiar chocolate so many of us love. The beans are first fermented, then roasted, then ground. The components known as chocolate liquor, cocoa butter, and cocoa powder are isolated. To the chocolate liquor is added lecithin (a derivative of soy), milk, and sweeteners (often corn syrup or sugar) and the chocolate is heated (tempered) until the proper flavor is developed.

Cocoa beans are quite high in minerals, including magnesium, and many health experts believe that the intense chocolate cravings many people experience are driven by a deficiency in magnesium. Cocoa beans are also high in essential fatty acids and antioxidants. They are mildly stimulating and their consumption increases certain neurotransmitters (brain chemicals) increasing one’s overall sense of well-being.

Most holistic health experts believe that the best type of healthy chocolate is one that is marketed as 70% (or more than 70%) dark. If you are accustomed to eating milk chocolate, you may find 70% dark chocolate to be an acquired taste. I find it to be very satisfying in small amounts- perhaps just a few blocks from a whole bar. Because it still contains some sugar, dark chocolate should not be consumed in excess. Another type of healthy chocolate you might want to try is raw chocolate, which is generally sold in powder form or as “cacao (cocoa) nibs”. Nibs are the raw (unroasted) cocoa bean without the skin, and can be purchased at natural food stores and online. I find these to be extremely bitter, but an interesting addition to smoothies and healthy dessert recipe.

which describes the many health benefits (including its role in weight loss!) of raw chocolate. The book contains recipes for natural chocolate treats made with cocoa nibs, raw cocoa butter, nuts, coconut oil, and natural sweeteners. Yum! 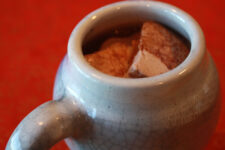 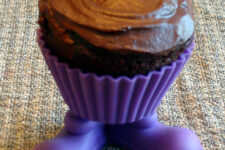 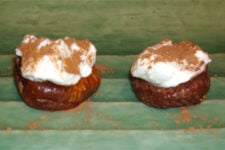 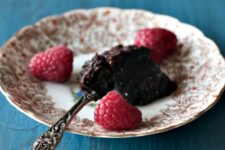 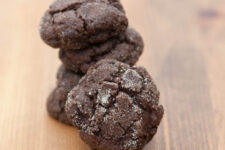